What Is the Celiac Gene? 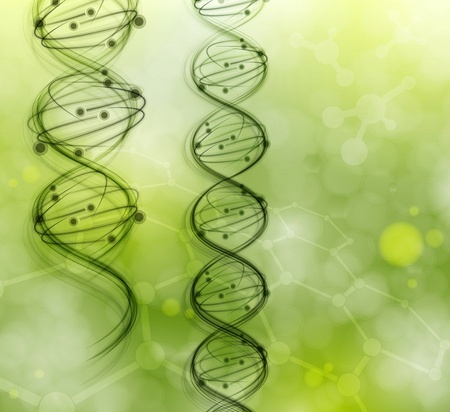 The celiac gene (actually, there are two of them) makes people susceptible to the hereditary autoimmune disease called celiac disease. We inherit the genes for this disease from our mother, our father, or both parents.

The human leukocyte antigen (HLA)-DQ2 and HLA-DQ8 genes are associated with celiac disease. These genes are located on Chromosome 6. They affect the adaptive immune system's response to gluten peptides.

Both HLA-DQ2 and HLA-DQ8 are considered “genetic markers” for celiac disease.

If you have one copy of just one of these genes, you are considered “heterozygous” for that gene.

Why Get Genetic Testing for Celiac Disease?

If you are already on a gluten-free diet, genetic testing can (with a fair degree of confidence) rule out celiac disease if you don't have either of the two celiac genes.

Genetic testing can also be useful if other testing for celiac disease is inconclusive.

Lastly, if you have been diagnosed with celiac disease, your first-degree relatives should also get tested. If they opt for genetic testing and receive a negative result, they can be quite confidant that they don't have celiac disease nor will they ever develop it.

Any first-degree relatives that have at least one celiac gene should be tested for celiac disease antibodies. According to the Celiac Disease Foundation, this testing should be repeated every three years or immediately if symptoms develop.

Genetic testing can be performed using a blood test, a saliva test, or a cheek swab.

If I Have a Celiac Gene, Does That Mean I Will Develop Celiac Disease?

Having one or even two celiac genes doesn't mean you will definitely develop the disease. In fact, according to the University of Chicago Celiac Disease Center, 35% of the United States population has either the DQ2 gene or the DQ8 gene. Yet, most of these people never develop celiac disease.

Thus, having at least one celiac gene is virtually always necessary for celiac disease to develop. However, this genetic status is insufficient by itself to cause the disease.

If you decide to undergo genetic testing for celiac disease, know that a positive test doesn't mean you actually have the disease. Genetic testing merely reveals your genetic risk for it. Further testing is required to diagnose or rule out celiac disease.

According to Fasano in Gluten Freedom, about 95% of people with celiac disease are HLA-DQ2 positive. The rest are usually HLA-DQ8 positive. He says that about 30 percent of Caucasians carry HLA-DQ2. However, only about 3% of those with this gene actually develop celiac disease.

Risk for People Carrying One or More Celiac Disease Genes

In 2012, my gastroenterologist tested my genetic risk for celiac disease. I had been gluten free for six years, so all of my blood tests for celiac disease were negative (as was the biopsy of my small intestine).

However, because gluten created digestive symptoms for me when I used to eat it (which began when I was 39), he thought it prudent to determine my genetic status with respect to celiac disease.

The following tables come from the Prometheus Celiac PLUS report I received about my celiac disease genetics. The report shows my personal results. However, it also presents a table that compares the relative risk associated with each DQ genotype. That table is titled, “Overall Risks for Patients Carrying the DQ Genotype.”

Due to my celiac disease genetics (and my long history of digestive symptoms), my gastroenterologist told me that either I'm in remission from celiac disease, or I prevented it from developing by going gluten free.

Note that Category #1 is for the DQ genotype that is negative for both the DQ2 and DQ8 celiac genes.