Can My Celiac Disease Risk Be Determined Using 23andMe.com? 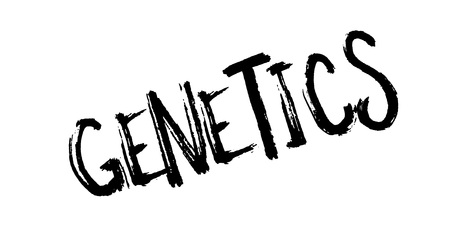 However, people with an important variant called HLA-DQ2.2 are missed. For this reason, I don’t recommend using 23andMe to accurately check your genetic risk for celiac disease.

Unfortunately, 23andMe doesn’t look for the DQ2.2 variant—despite the estimate that up to 5% of celiac disease patients carry DQ2.2 without also carrying either DQ2.5 or DQ8. (1) Their 23andMe report for celiac disease would state that they have “0 variants detected in the HLA-DQA1 and HLA-DQB1 genes.”

This statement is inaccurate for DQ2.2-positive people. DQ2.2 is, in fact, also a variant of the HLA-DQA1 and HLA-DQB1 genes.

As a consequence, people with one or two copies of DQ2.2 can be misled, either believing that they have no celiac disease risk or that they have a lower risk than they actually do.

For more information about HLA-DQ2 and HLA-DQ8, including a table that shows your risk of developing celiac disease if you carry one or two copies of these variants, see What Is the Celiac Gene?.

An estimated 40% of adults in the United States have the HLA-DQ2 and/or HLA-DQ8 genetics associated with celiac disease. (2) However, only 1% of the population has celiac disease. Thus, most people with one or two copies of these variants do not develop celiac disease.

That  said, the vast majority of people with celiac disease (97 to 98%) have the genetic variants discussed in this article. Thus, at least one copy of either variant is almost always required in order for celiac disease to develop.

My 23andMe Report for Celiac Disease Risk Is Inaccurate

In 2012, genetic testing for celiac disease through Prometheus Therapeutics & Diagnostics showed that I have two copies of HLA-DQ2. One copy is DQ2.5. The other copy is DQ2.2. My results state that being “DQ2 Homozygous” makes my celiac disease risk “Extremely High.” In fact, my risk is 31 times higher compared to those who don't have any copies of HLA-DQ2 or HLA-DQ8.

I did this test, called Prometheus Celiac Plus, after being gluten free for six years. In addition to genetic testing for celiac disease, this test checks relevant blood markers. My blood tests were normal, which is expected (or at least hoped for) in people who are gluten free.

However, I don’t think these 23andMe statements go far enough. I’d rather the report clearly state that the testing doesn’t look for the HLA-DQ2.2 variant and that 5% of people with celiac disease have this variant.

When I went gluten free, I had no idea I should be tested for celiac disease. Evidently, neither did my two doctors at the time. If I'd thought my genes only slightly increased my risk for this disease, I might have tried eating gluten again after I more fully recover my health.

Now knowing my high-risk genetics, I will never eat gluten again. Unless modern medicine can devise a solution that enables me to safely consume gluten…

Does HLA-DQ2.2 Increase Celiac Disease Risk as Much as HLA DQ2.5?

Apparently not. DQ2.5 increases the risk of celiac disease “much more so” than DQ2.2 (1). However, I have been unable to find a source that quantifies this difference.

Researchers have shown that T cells of celiac disease patients with DQ2.5 versus DQ2.2 recognize distinctly different sets of gluten peptides. (Gluten contains two primary groups of protein: gliadins and glutenins. During digestion, these proteins are broken down into smaller units called “peptides.”)

According to these researchers, “The results show that DQ2.2 individuals can mount an antigluten response but indicate that DQ2.2 bears a lower risk of celiac disease than DQ2.5, because fewer gluten peptides would bind stably to this HLA molecule.” (1)

Are Other Genes Related to Celiac Disease Risk?

Yes, other genes contribute to celiac disease risk. However, the main genetic risk factors for celiac disease are the presence of the HLA-DQ2 and HLA-DQ8 variants.

For more information, see Are Other Genes Related to Celiac Disease Genetics?.