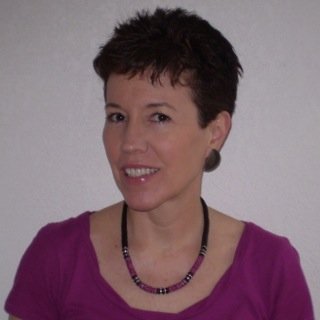 My name is Alysson Troffer, and I'm the creator and author of this site. I'm a professional writer and editor who must adhere to a grain-free diet for health reasons. (Some day, I hope to safely reintroduce into my diet pseudo grains such as quinoa and buckwheat!)

What is clear is that, thanks to 23andme.com genetic testing, I've got several genetic mutations that increase my risk of autoimmune disease.

What isn't clear is whether I have one or more autoimmune diseases.

In 1990, at the age of 30, I was diagnosed with Hashimoto's thyroiditis, an autoimmune disease that attacks the thyroid gland and causes hypothyroidism. I have been taking thyroid medication ever since. However, I was never tested for the antibodies associated with Hashimoto's until after I went gluten free in 2006.

I suspect so. Twice in recent years, I've had an ultrasound of my thyroid. Both endocrinologists reported that my thyroid is small due to inflammation. The second time, I asked if my thyroid was still inflamed. The answer: no. But the endocrinologist said that I had a "Hashi thryoid," meaning that my thyroid looks like one that has been damaged due to the autoimmune disease, Hashimoto's.

What also isn't clear is whether I have celiac disease. In 2000, I began suffering from constipation, indigestion, gas, and bloating. Twice, I had IgG blood tests to evaluate whether I had food intolerances. The results were mystifying. Many food intolerances were identified, but avoiding these foods did not improve my symptoms.

In 2006, a holistic chiropractor used applied kinesiology to test my responses to 288 foods that were part of a food allergy test kit. This testing—which is the most accurate testing I have ever done for food intolerances—revealed my intolerance to the traditional gluten grains (wheat, rye, and barley), other grains (oats, corn), and several other foods: soy, coffee, chocolate, cow dairy, and yeast.

I immediately went gluten free (and gave up those other foods)—before knowing that I should first be tested for celiac disease, an autoimmune disease that attacks the small intestine.

Six years after giving up gluten, my gastroenterologist at the time told me that either I'm in remission from celiac disease, or I prevented it from developing by going gluten free.

Based on the endoscopy he performed, there were no signs of the villi flattening characteristic of celiac disease. However, the genetic testing he ordered revealed that I inherited the same celiac gene, HLA DQ2, from both of my parents. Having two copies of this gene means:

Until I found out about my genetic risk for celiac disease, I hung onto the hope that I would be able to eat gluten again someday. I have since let that go.

Am I Now Symptom Free After So Many Years on a Gluten-Free Diet?

Unfortunately, no. For me, the traditional gluten-free diet has never been enough. For a while, eating gluten free (and avoiding all my other food intolerances) temporarily solved my primary digestive complaint: constipation. Within a year or two, this problem returned and lingered—for years.

Giving up all those foods didn't touch my gastroesophageal reflux disease (GERD), which started in the 1990s.

Over time, my other digestive symptoms got worse as well.  At some point, I developed gastritis (inflammation of the stomach lining). I even developed more food intolerances, including intolerances to goat dairy, rice, cashews, pecans, walnuts, beef, and mustard.

Finally, I realized my well-meaning doctors couldn't help me. I had to take a more active role in my health and began to spend more time educating myself on all things gluten and on factors that impede gut healing.

Where did I turn? To the Internet. Over the years, I performed countless Google searches, trying to find answers to my health questions from reliable sources. I often found incomplete answers, or inconsistent answers, or dead-wrong answers.

But sometimes, I struck gold…

Since becoming my own medical detective, my digestion has improved. And I am feeling so much better, as I explain in the next section.

However, I have not given up on doctors. I still need their help. The way I see it, I am the chairman of my health committee, and my doctors and other healthcare practitioners get paid to serve on this committee.

Where My Health Stands Now

Because of all that I have done for my health thus far, I have prevented worse things from happening. I have not developed another autoimmune disease—which tends to happen when you already have one.

I have virtually no more bloating, gas, or indigestion. The brain fog and malaise I had for years has mostly cleared, though I do have down days here and there.

My longstanding insomnia and low stamina have improved substantially, but my room for improvement is not inconsequential. Virtually every night, I get an average of 8 hours of sleep, but I need a little help from my “friends” (in the form of Lyrica and a benzodiazepine).

I no longer weigh 8–10 pounds above my ideal weight. Since 2011, I have weighed what I did as a college student. And I no longer carry a stubborn fat roll around my waist that resisted change as if it were sculpted in granite.

(Actually, I now believe that some of that “fat roll” was from my small intestine being chronically inflamed and swollen.)

Based on my last stool test, two markers for gut inflammation were quite low. In addition, I no longer have gastritis or GERD.

I no longer have candida overgrowth in my digestive tract or throughout my body (systemic candida). I struggled with that for many years—since my 20s.

I still use magnesium supplements—daily—to manage my chronic constipation. But I need a lower dose than I have in years.

According to my Cyrex Labs Array 2 test, I no longer have leaky gut, but I still have gut dysbiosis (an imbalance in gut flora). Finally healing my leaky gut is a huge win for me. That means I won't develop another autoimmune disease; a leaky gut is required for the autoimmune process to develop. However, my gut dysbiosis, also called intestinal dysbiosis, puts me at risk for developing a leaky gut again. So I'm still wandering around in the woods...

I still have many food intolerances, unfortunately. Based on recent discoveries, I now believe that in order for my gut to fully heal, I must first resolve my years-long (lifelong?) intestinal dysbiosis. That's my focus now.

Because of my persisting leaky gut (now healed!) and intestinal dysbiosis, I started the paleo autoimmune protocol (AIP) in February 2014. Avoiding foods I'm intolerant to is not enough for my gut to heal. Nor is loading myself up with supplements that cost me upwards of $400 per month.

My bible for this diet is The Paleo Approach: Reverse Autoimmune Disease and Heal Your Body by Sarah Ballantyne, PhD. Sarah is known as The Paleo Mom and has a blog with that title. Other high-quality blogs I rely on for highly relevant information, inspiration, and recipes include:

With this autoimmune diet, I have a laser focus on nutrient density. I am eating homemade bone broth and homemade probiotic-rich fermented vegetables. And more vegetables than ever fill my plate and my bowl, along with small portions of animal protein with every meal and snack. I enjoy one or two servings of fruit a day.

To be compliant with this diet, one must (hopefully temporarily) give up foods that tend to be gut irritants or are otherwise hard to digest, including all grains, pseudo grains, eggs, nightshades, nuts, and seeds. I have tried reintroducing eggs, only to discover I'm sensitive to them. But I am fine with paprika and red pepper flakes (both nightshades), as well as macadamia nuts and almond butter.

Despite all my food restrictions, I eat food I like. It tastes good and makes me feel well-nourished. But I look forward to reintroducing more foods into my diet—soon. The more variety, the better…

So I am not yet cured of all that ails me, but I am one who perseveres. I have learned so much on my healing path, and it feels like I now have enough bounty to share with you. It is my hope that my own healing inspires you to press on and that your journey won't be as ridden with potholes and wrong turns as mine has been. 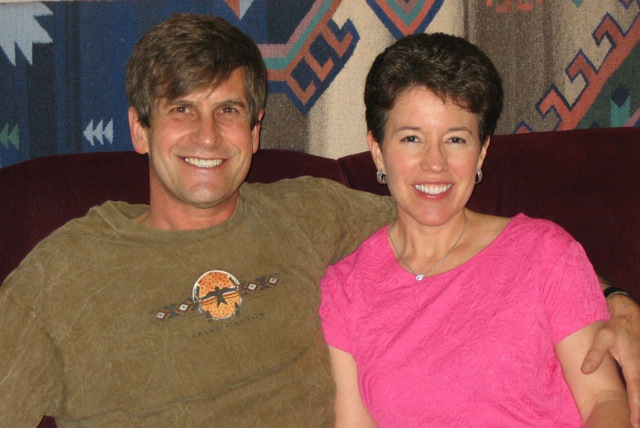 My greatest and most helpful supporter is my husband, Tim Clemmer. He has stood by my side ever since we got married in 1989.

Within one year of our marriage, I became disabled with a repetitive strain injury (RSI) to my hands and upper body from excessive computer use and poor posture. He took care of me for seven years until I finally found my answer.

The primary lesson from this experience that I would like to share with you is: Persevere. Never give up hope of finding your answers. (You can read a bit more about my RSI story at that link.)

My digestive woes started three years after I recovered from my RSI (though the roots of those woes were established long before I knew Tim). Tim has continued to stand by my side as I search for more answers.

I earned my BS degree in Psychobiology from Albright College in Reading, Pennsylvania and my MA degree in English from Northern Arizona University.

I have 16 years of experience as a technical writer and editor in the computer industry. Prior to that, I worked for 6 years as a computer programmer on patient-care software applications and medical databases.

For 7 years, I served as the newsletter editor for the Association for Holotropic Breathwork International. I have also written over 80 articles for a Pennsylvania newspaper, many of which were on the subject of health.

With my health as it now stands, I could return to part-time work in the corporate world. (I quit my technical editing job in December 2012.) But my priorities are my health, this web site, CeliacFAQ.com, and my other writing pursuits. I would rather use my skills on my own projects, which are personally more meaningful to me and where I believe I can be of greater service to others.

I have a dogged determination and the research skills to achieve the Happy Belly I'm seeking and all the health benefits inherent in that achievement—including feeling the best I possibly can. Doing this research and sharing my findings with you has become my passion and my life's mission.