Check out this list of gluten-free foods you can eat on a gluten-free diet, whether you have celiac disease or non-celiac gluten sensitivity (often shortened to “gluten sensitivity“). You might be pleasantly surprised by all of the choices. If you are ready for a culinary adventure, be open to trying new foods, such as almond flour for baking, to give yourself the most options.

Note that this list of gluten-free foods contains mostly whole foods, not prepackaged gluten-free products that consume space on grocery store shelves. Your best bet is to focus on purchasing whole foods and cooking tasty meals from scratch. That way, you know exactly what you are putting into your mouth.

Also see What Foods Contain Gluten? for clarity on which foods you should avoid on a gluten-free diet. 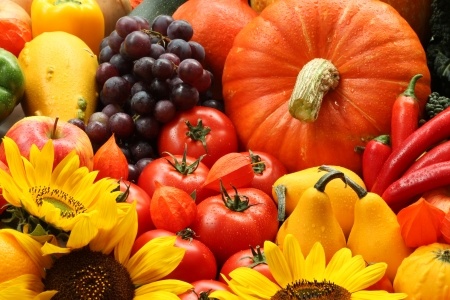 The following foods are naturally gluten free. The difference, for example, is whether you eat sliced strawberries or strawberry shortcake made with wheat flour.

Also be careful of breading, marinades, sauces, and dips that often accompany these foods because they likely contain hidden gluten. For any prepared foods, check the ingredients to ensure they are gluten free.

I suggest choosing organic, non-GMO, gluten-free foods whenever possible. That includes non-GMO soy. Of the soy grown in the United States, more than 90% of it is genetically modified. For suggestions from the Organic Authority about which brands to choose, read this article: What Are the Safest Non-GMO Soy Products? (Are There Any?) 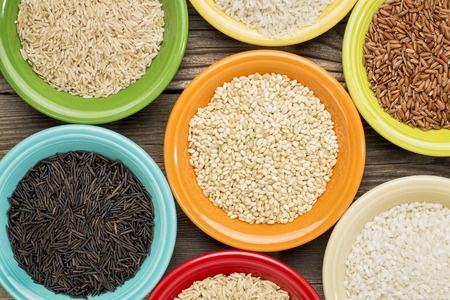 A variety of rice grains

Wheat, rye, and barley (and sometimes oats) are the gluten grains that must be avoided on a gluten-free diet for people with celiac disease or gluten sensitivity. These grains are considered cereal grains.

The other cereal grains are typically considered gluten free—though technically, they, too, contain gluten. The term  “gluten“ is an umbrella term for the storage proteins in all cereal grains. In any case, these “gluten-free“ cereal grains include:

Many gluten-free products contain rice and/or corn as wheat substitutes. Be aware that just because a product is labeled “gluten free“ doesn't necessarily mean it's healthy for you. Read ingredient labels. Junk food made with rice or corn is still junk food.

In addition, some people with celiac disease or gluten sensitivity are also intolerant of corn and/or rice. In some cases, an intolerance develops due to the frequent consumption of these wheat substitutes.

For many people with celiac disease or gluten sensitivity, the traditional gluten-free diet doesn't go far enough. They need to eliminate all of the cereal grains, including corn and rice, to help their bodies heal.

If you are not symptom-free on the traditional gluten-free diet, I recommend avoiding all of the cereal grains—at least temporarily. Also consider following the autoimmune diet called the “paleo autoimmune protocol“ (often abbreviated as “AIP“). 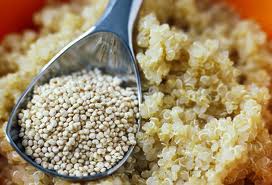 Quinoa, one of the pseudo grains

The following are pseudo grains that you can substitute for grass grains in cereals, pancakes, flatbreads, and in many recipes that typically use wheat and other gluten grains:

Cross-contamination with gluten can occur with these naturally gluten-free foods. Verify that they are gluten free by checking the package labeling or by calling the manufacturer. 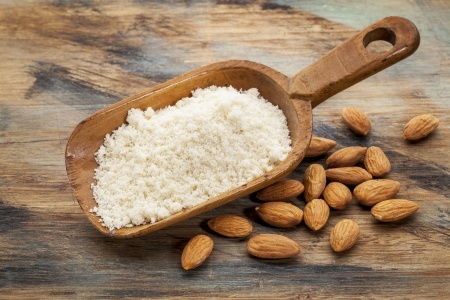 Experiment with this list of gluten-free foods that serve admirably well as grain-free flours:

In short: With dairy products, you might need to play the medical detective to determine if they are a problem for you.

Some packaged dairy products contain gluten, so be sure to check ingredient labels. Still, even when gluten is not added to a dairy product during processing, it might still be a problem for you. For example, some people are so sensitive to gluten that they appear to react to the gluten that the dairy cows consume.

This, of course, begs the question: Does gluten in a dairy cow's diet somehow get transferred into their milk? What mechanism is at work here? Might this also happen when human mothers produce milk for their babies?

In addition, some people have a food allergy or food intolerance to casein and/or whey, the proteins in dairy. Or, due to cross-reactivity with gluten, their immune system mistakes dairy for gluten and reacts as if it were gluten. 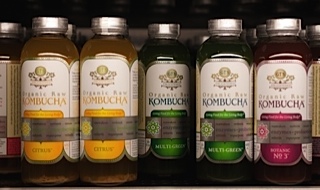 Yes, filtered water is always a good choice, but what else can you drink? Check label ingredients for the following non-alcoholic beverages that are typically gluten free:

Be very wary of mixed drinks. Check ingredients. Also, note that mixed drinks at restaurants and bars might get cross-contaminated with gluten. Your best bet is to avoid mixed drinks when you are out and about.

Instead, reserve your use of mixed drinks for home use where you have more control over your environment—at least with respect to gluten!

Check labels for the following condiments to ensure they are gluten free. Also look for healthier products. For example, many ketchup brands contain high fructose corn syrup, which is not a healthy sweetener. 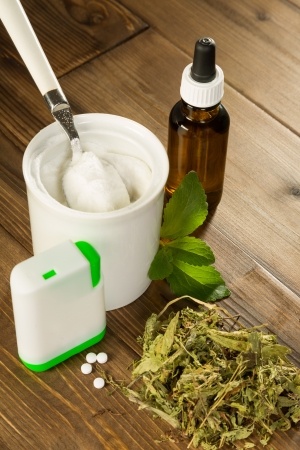 Various forms of stevia: as tablets, powder, liquid, and as the fresh and dried plant

This list of gluten-free foods provides the delectable sweetness that some recipes and beverages require:

Check the ingredients in packets or tablets of stevia. Stevia extract or liquid stevia is usually a good choice.

The following gluten-free foods are useful for baking and thickening gravy and sauces: