Part 5: Gastroenterologists Are Unlikely to Suggest
Alternative Treatments That Might Help You 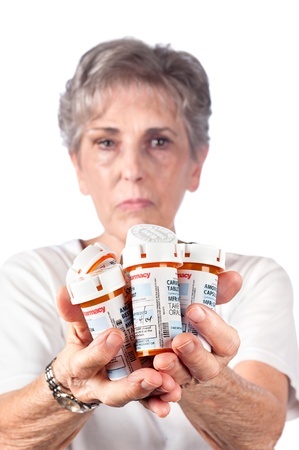 A conventional gastroenterologist has various methods for treating diagnosed diseases and unexplained digestive symptoms, such as over-the-counter (OTC) drugs, prescription medication, and surgery.

For example, a gastroenterologist will likely recommend treatments such as:

Unfortunately, these treatments can be ineffective in treating some digestive woes because they don't address root causes, such as leaky gut syndrome (increased intestinal permeability), candida overgrowth, and gut dysbiosis.

If you don't need or want conventional treatments, or if you want to resolve the root cause or causes of your digestive distress, your conventional gastroenterologist might have nothing to offer you beyond diagnostic testing.

That doesn't mean you should abandon all that the field of gastroenterology has to offer you. Perhaps another gastroenterologist could be of more help. And, you should still get a colorectal screening when you come of age for it (for most people, the magic age is 50), or repeat the screening at the interval recommended for you.

However, if you want to fully address your diagnosed disease(s) and/or unexplained symptoms, you might need to seek help from an integrative gastroenterologist or a functional medicine practitioner.

Also, learning to be your own medical detective can be invaluable in making forward progress on your healing journey.

In my experience, gastroenterologists don't typically recommend natural treatments. But often, it might be worth your while to check out other options that have fewer (or no) side effects—or are less invasive.

But don't let the conventional methods of your gastroenterologist stop you from telling him or her what you're up to.

For example, if you're taking hydrochloric acid with pepsin supplements because you believe you have low stomach acid, not too much stomach acid, speak your truth. You need to let your doctor know if you are not taking the acid blocker he or she has prescribed for you.

So be honest, but be prepared for the consequences. You might need to find another specialist.

If constipation is one of your complaints, be aware that your gastroenterologist is more likely to recommend MiraLAX than a natural alternative.

Instead, why not use the natural alternative of magnesium supplements for constipation? Both MiraLAX and magnesium are considered osmotic laxatives (meaning they draw water into the gastrointestinal tract). They are equally effective.

In addition to the gluten-free diet for celiac disease and non-celiac gluten sensitivity, gastroenterologists do offer dietary recommendations for some disorders, for example, inflammatory bowel disease (IBD), which includes Crohn's disease and ulcerative colitis. The specific recommendations depend on which disease the patient has, as well as what part of the intestine is affected.

For example, according to the Crohn's and Colitis Foundation of America (CCFA), some people with small bowel Crohn's disease develop a marked narrowing of the ileum (the lower small intestine). For these people, a low-fiber, low-residue diet is often recommended. (1)

Regarding therapeutic diets such as the Specific Carbohydrate Diet (SCD), the Gut and Psychology Syndrome (GAPS) diet, the Wahls protocol, and the paleo autoimmune protocol (AIP), most gastroenterologists know little to nothing about them.

These types of diets have the potential to reverse an autoimmune disease or prevent one from developing.

Unfortunately, most gastroenterologists are more likely than not to tell you that such therapeutic diets won't make any difference with your digestive complaints, much less with an autoimmune disease you are wrestling with.

Unfortunately, due to their general lack of knowledge about nutrition and therapeutic diets, these doctors won't make many of the dietary recommendations that are common within the SCD, GAPS, AIP, and Wahls protocol communities. For example: