Part 3: Most Doctors, Including Gastroenterologists,
Receive Minimal Training in Nutrition 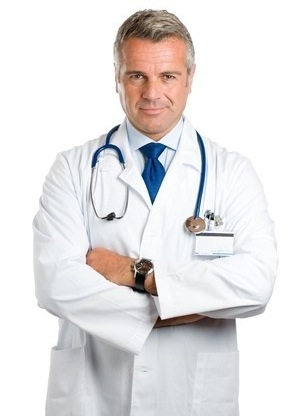 Medical Students Receive
an Average of 19.6 Hours of Nutrition Instruction! 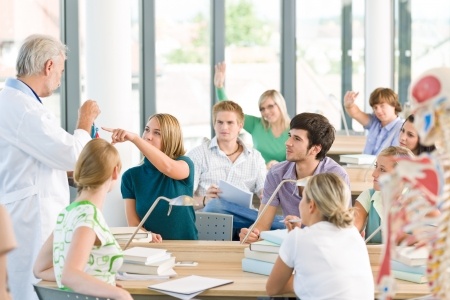 Don't assume that your doctor is knowledgeable about nutrition, much less an expert on the subject.

In fact, it would be best if you assume the opposite.

Based on the results of the 105 medical schools surveyed, the number of hours of nutrition education has actually declined from 2004 to the time of survey data collection (from August 2008 through July 2009).

Researchers of this study found that:

Hold On. Don't Gastroenterologists Receive Extensive Training in Nutrition After Their Initial Years of Medical School?

Not necessarily. In fact, probably not.

The conclusion of a study of students in GI fellowship programs states: “There is a considerable deficiency in nutrition training in GI programs. The established American Gastroenterological Association nutrition curriculum guidelines and core competencies are not being fulfilled in most programs.” (2)

As stated in the study abstract: “Too few mentors, poor exposure, and a predominant focus on endoscopy were reasons cited for not pursing nutrition training.”

If your gastroenterologist has the DACBN credential after his or her name, that's a good sign! DACBN means Diplomate of the American Clinical Board of Nutrition. This credential requires a minimum of 300 hours of post-graduate training in nutrition. In addition, trainees must sit for an exam and pass it in order to receive this credential.

However, compare this training to that of Peter Osborne, DC, DACBN, from the Gluten Free Society. He has over 500 hours of formal training in nutrition. However, if you include his post-graduate internship and private study in nutrition, that number is closer to 2,000 hours. (That's as of December 2013; his education in nutrition surely continues.)

A Revealing Quote by a GI Fellowship Program Director

What do you like least about being a gastroenterologist?

Dr. Madanick, the fellowship program director and assistant professor of medicine at University of North Carolina School of Medicine, Division of Gastroenterology and Hepatology, replied:

“My least favorite question in the office is: What can/should I eat or not eat? Unfortunately most GI illness[es] are not food related, as many websites would have you believe, at least that we understand as of now. Because the problems in gastroenterology are so closely linked in patients’ minds to foods, it can be challenging to explain to some patients that eating or avoiding one specific food is often not the answer.” (3)

I suspect that some day, Dr. Madanick will be forced to eat his own words.

I'm not saying that most GI illnesses are caused, indeed, by one specific food. I don't know enough to respond to that specifically, one way or the other. However, the attitude that this professor of future gastroenterologists exudes about the potential role of food in gastrointestinal (GI) illness (and healing) is revealing.

What does it reveal? In my opinion, the common perception of conventional gastroenterologists that food choices have little or no role in causing, exacerbating, or healing GI illnesses—with exceptions, of course, with celiac disease being one of them.

For the record, I don't think of gluten as one specific food. No one would eat a bowl of gluten by itself. Gluten consists of two proteins and is found in wheat and related grains.

Of course, not everyone with a GI illness has a problem with gluten, but another food (or category of food, such as dairy) or several foods might be at least exacerbating one's illness.