Is the Intestinal Biopsy for Diagnosing Celiac Disease
Always Necessary?

The intestinal biopsy has been considered the “gold standard” for diagnosing celiac disease for a long time. But is this still true?

On October 1st, 2013 on the American Gastroenterological Association (AGA) web site, opposing views were presented on whether an intestinal biopsy is always required for a celiac disease diagnosis.

Alessio Fasano, MD, a pediatric gastroenterologist and director of the Center for Celiac Research at the Massachusetts General Hospital for Children, wrote an article titled, "A Biopsy Should Not Be Required to Make the Diagnosis." (1)

Peter H.R. Green, MD, from the Celiac Disease Center at Columbia University, explained his opposing view in an article titled, "A Biopsy Should Be Required to Make the Diagnosis." (2) 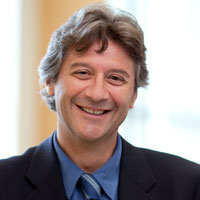 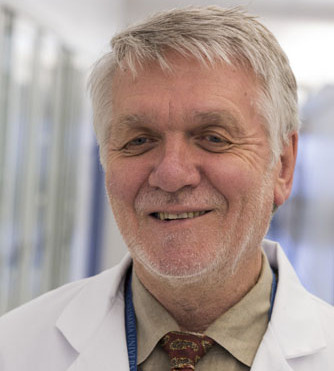 I seriously doubt that consensus among gastroenterologists, both in the United States and around the world, will be reached anytime soon. In this article, I attempt to summarize the opposing views on this important topic, beginning with the typical criteria for diagnosing celiac disease.

I conclude with my opinions on this controversial issue—not as a medical professional but as a gluten-sensitive person who has had a celiac disease endoscopy twice, with multiple biopsies taken from my duodenum each time.

All of my biopsies were negative for celiac disease, but I had been gluten free for over five years for the first endoscopy and for over seven years for the second endoscopy.

As Dr. Fasano describes in his 2014 book Gluten Freedom, the following five criteria are typically required for a confirmed diagnosis of celiac disease:

While the vast majority of people with celiac disease will fulfill all five diagnostic criteria listed above, there are still exceptions for each of the five clinical pillars to justify what Dr. Catassi and I suggested as the most rational approach to diagnose celiac disease. If indeed, our suggestions are followed, four of the five criteria should be sufficient to cover all people affected by celiac disease.

In a 2010 paper published in the American Journal of Medicine, Carlo Catassi, MD, MPH, and Alessio Fasano, MD, introduced the “four out of five rule.” If any four of the five criteria for a celiac disease diagnosis are met, then the 5th criteria can be omitted in diagnosing the disease. (3)

One major implication of this recommended “four out of five rule” is that in selected cases, the typically required intestinal biopsy can be excluded from the diagnostic process.

As Dr. Fasano argues in his 2013 AGA article about how the intestinal biopsy should not be required in all cases, “In many cases, all five clinical, serological, and histological criteria are consistent and the diagnosis of celiac disease is straightforward.”

However, he points out, major limitations of the small intestinal biopsy have become clear over time.

For example, if the biopsy specimen from the small intestine is not cut correctly, normal tissue might appear to be deteriorating. In addition, celiac disease lesions can be patchy, meaning that some areas in the small intestine appear normal while other areas have varying degrees of damage.

“What also became clear over time,” Dr. Fasano states, “was the evidence that when celiac autoantibodies [tTG-IgA and EMA-IgA] are found at high titers in a patient with typical symptoms, the probability of identifying a celiac enteropathy at the small intestinal biopsy is practically 100 percent. In these cases, the intestinal biopsy does not add any relevant information for celiac disease diagnosis and treatment.”

In Dr. Fasano's expert opinion, the intestinal biopsy is no longer the “gold standard” for diagnosing celiac disease. He says, “In fact, it is not the silver standard, nor even the copper standard! One main reason is that someone with celiac disease may have no damage to the small intestine. Not yet.” (4)

If you're interested in diving into the exquisitely detailed diagnostic guidelines of the AGA and the ACG for celiac disease, see the following:

In his 2013 AGA article, Dr. Fasano describes the following “borderline” situations that cause both children and adults with celiac disease to fall through the cracks because they don't meet all five diagnostic criteria:

By applying Dr. Fasano's “four out of five rule,” these people would no longer fall through the cracks. The first four groups of people would be diagnosed with celiac disease and placed on a gluten-free diet to treat symptoms (if they are present) and to prevent late-onset complications.

The last group, consisting of people with celiac disease who continue to have symptoms despite following a gluten-free diet, require additional medical and/or nutritional help. The following are some of the possible causes of their continuing symptoms:

It is a great error to misdiagnose celiac disease resulting in an unnecessary lifelong gluten-free diet. The knowledge of celiac disease is not great among primary care physicians, and the opportunity for misinterpretation of the very strict new ESPGHAN guidelines is great.

— Peter H.R. Green, MD, "A Biopsy Should Be Required to Make the Diagnosis"

The preceding quotation from Dr. Green summarizes his arguments for requiring an endoscopy procedure to confirm villous atrophy before making a celiac disease diagnosis. Here are some of the details, but read his relatively brief paper if you are seeking to fully understand his position.

My Opinions About the Intestinal Biopsy Requirement for a Celiac Diagnosis

I support Dr. Fasano's “four out of five rule.” It makes the most sense to me, given the state of today's advanced testing methods for celiac disease and given all those people who now fall through the cracks and don't receive the diagnosis of celiac disease when—I agree with Dr. Fasano—they should.

Of course, patients should not be diagnosed with celiac disease without their doctor following sanctioned guidelines for diagnosing the disease. Granted, no single set of guidelines is sanctioned by all gastroenterological associations. However, the justifications for the diagnosis of celiac disease that Dr. Green reports are obviously insufficient.

However, I believe that people with asymptomatic celiac disease, potential celiac disease, or seronegative celiac disease should be placed on a gluten-free diet, if they are willing, of course. Why wait until the disease progresses to the point of causing more damage to the small intestine and/or serious complications such as osteoporosis, peripheral neuropathy, or lymphoma?

Why not prevent worse things from happening?

Celiac disease doesn't appear overnight. It takes a while for any autoimmune disease to develop, sometimes decades. Why wait until the disease has reached a level of severity that would cause more suffering and maybe even a shorter lifespan? Why not catch celiac disease in its earlier stages?

According to Umberto Volta, MD, “It has been shown that both IgA anti-endomysial [EMA-IgA] and high-titre tissue transglutaminase antibodies [tTG-IgA] are closely related to gluten-dependent flat mucosa.” (6)

In other words, by the time patients have high titres (concentrations) of celiac antibodies, they most likely have flat mucosa (that is, total villous atrophy). At this point, their celiac disease has reached an advanced stage.

So if patients have signs and symptoms compatible with celiac disease, high concentrations of celiac autoantibodies, the celiac gene, and they respond well to the gluten-free diet, why make them undergo the small intestinal biopsy to confirm what is already obvious?

Furthermore, regarding patients who are diagnosed with celiac disease without an intestinal biopsy (but they meet the other four criteria): If they are still experiencing symptoms after adopting a gluten-free diet, it certainly might be worth their while to undergo an upper GI endoscopy (and perhaps even a colonoscopy) as part of additional diagnostic testing.

Dr. Fasano makes a strong case for his “four out of five rule” in his AGA article. However, for vastly more details that support this approach to diagnosing celiac disease, read his book Gluten Freedom. If you're on the fence and you read this book, you might just decide that Dr. Fasano's side of the fence sports the greener grass and is the best place to sit.

In 2012, a gastroenterologist who specializes in celiac disease and non-celiac gluten sensitivity told me that my two copies of the HLA-DQ2 celiac gene puts me at the highest risk for celiac disease. He said that celiacs with this genotype tend to be the sickest of all celiac disease patients and the most sensitive to tiny amounts of inadvertent gluten exposure.

Even though I went gluten free in 2006 before getting tested for celiac disease (due to my and my doctors' lack of knowledge), I have no regrets about going gluten free when I did.

At that time, perhaps I would have fulfilled all five diagnostic criteria for celiac disease, including having a positive intestinal biopsy. Or perhaps I was in the early stages of celiac disease and I prevented worse things from happening by going gluten free. And I've been in remission ever since…

Or perhaps my body was teetering on the brink of developing celiac disease, and I prevented this disease by going gluten free.

I'll never know because I'll never do a gluten challenge. Why risk becoming really sick? No one could guarantee I'd recover from that gluten challenge and return to my current state of health (even though it's not yet where I want it to be).

My bottom line is: My body did not respond well to gluten. Giving up gluten was one of the best things I have ever done for my health.

That said, I do wish I had been tested for celiac disease before going gluten free. That's my one regret.

If you're interested in delving deeper into whether the intestinal biopsy should be required in all cases to confirm a celiac disease diagnosis, check out Further Reading About the Intestinal Biopsy for Diagnosing Celiac Disease Diagnosis.

1. Fasano, A. A biopsy should not be required to make the diagnosis. American Gastroenterological Association web site. Oct 1, 2013.